Why Bob Sucks And Sally Doesn’t

They both really want to learn double unders.

Here’s a picture of Bob the last time he tried a WOD with double unders:

Bob and Sally both get to the gym at the same time, about 3 minutes late for the 5:30 pm class at CrossFit® McAwesome.

As the coach issues their lateness burpee penalties, he starts to talk about the programming for the day:

“Mmmkayy class. Today we have a spicy little metcon. 5 rounds for time of 20 thrusters, 30 kettlebell swings, and 40 double unders. The weight for Rx is 95/65 on the thrusters, and 53/35 on the swings – American, not Russian. Because I said so.”

As Bob wraps up his final penalty burpee, he kicks himself for forgetting to check the programming. “I should have taken a rest day! Double unders again? I hate whipping myself, and I already hate this workout,” he mutters under his breath.

Sally, like Bob, isn’t very good at double unders. She still has nightmares from Open WOD 20.2. However, despite her whip marks and frequent pee breaks, she wasn’t going to let double unders ruin her day. She thought to herself, “Today will be different.”

SALLY HAD A PLAN.

Their coach went on to explain a few details about the workout. “Remember, if you can’t do double unders yet, just substitute singles unders 2-to-1. So that means each round you’ll do 80 single unders instead of 40 doubles, mmmmkay? Everyone, grab your ropes so we can practice double unders for the next couple minutes,” the coach said as he took a swig from his ‘healthy recovery soda’, eyes locked on his Instagram feed.

“How does he expect us to learn double unders in a couple minutes?!” Bob mumbled to Sally.

“I’ve been practicing on my own!” Sally said as she triumphantly knocked out a set of 5 unbroken reps.

“Awesome girl! How many can you usually do at a time?”

“Usually four or five, but the most I’ve ever done was eight! What about you, Bob?”

“I’m about the same – my best set was nine unbroken. It happened like three months ago and I’ve been in a rut ever since,” Bob said as he fumbled with his rope. “So…what the heck are you going to do about all these reps today? 80 singles unders is a lot each round.” “Reps not ROM? What are you talking about?” Bob said as he put on his knee sleeves, wrist wraps, belt, headband, extra long socks, and Olympic lifting shoes.

“I realized that if I ever want to get better at double unders I have to force myself to actually do double unders. Singles unders aren’t going to help me that much at this point, but neither would spending 2 hours on this WOD,” she continued. “So what I’m doing is cutting my reps, but keeping the movement intact. Instead of 80 single unders, I’m going to do 20 double unders per round. This will make sure that I get a lot of practice – even if I don’t get to call it ‘Rx’.”

Before Bob had a chance to respond… the coach screamed – “10 seconds!” – just enough time for him to snap another coaching selfie.

And they were off…

So, who “won” this workout?

Sally did, without question.

WHAT LESSONS CAN WE LEARN FROM THIS STORY?

When you’re on the verge of learning a new movement – whether it’s double unders, muscle ups, HSPU, whatever – the only way you’re going to get better at game speed is to start practicing them in the heat of a workout.

Whenever possible, instead of changing the movement completely, simply cut the reps in half (or to whatever you think is reasonable for you) and struggle through those reps.

Can’t string muscle ups together? Cut the reps, force yourself to at least do one per round, instead of scaling down to an easier movement that you already know how to do.

Here’s another example. Let’s assume both Bob and Sally can do one or two muscle ups when they’re fresh. Both of them are nowhere near capable of doing the 21 reps that an RX “Amanda” requires.

Without a doubt, Sally will emerge from this workout a more effective muscle-upper.

Let’s wrap up with the takeaway: it’s time to stop taking the easy way out like Bob does. You are in control of your actions. Even if your coach doesn’t always suggest it, try to challenge yourself to scale the reps, not ROM

Need further help and direction in attacking those weaknesses, and formulating a game plan? That’s where we come in.

WODprep has a variety of proven 8-week accessory programs that will help you improve the following skills:

Until next time, I’ll leave you with one of my favorite lyrics:

“Ain’t no elevator to success, I had to take the stairs. How you think I made it here? Climbing, climbing. How you think you’ll make it here? Grindin’, grindin’.” – KYLE in his song “Doubt It”

How are you going to start scaling REPS and not ROM?
Leave a comment below and let us know.

3 Ways To Overcome Fear In Weightlifting 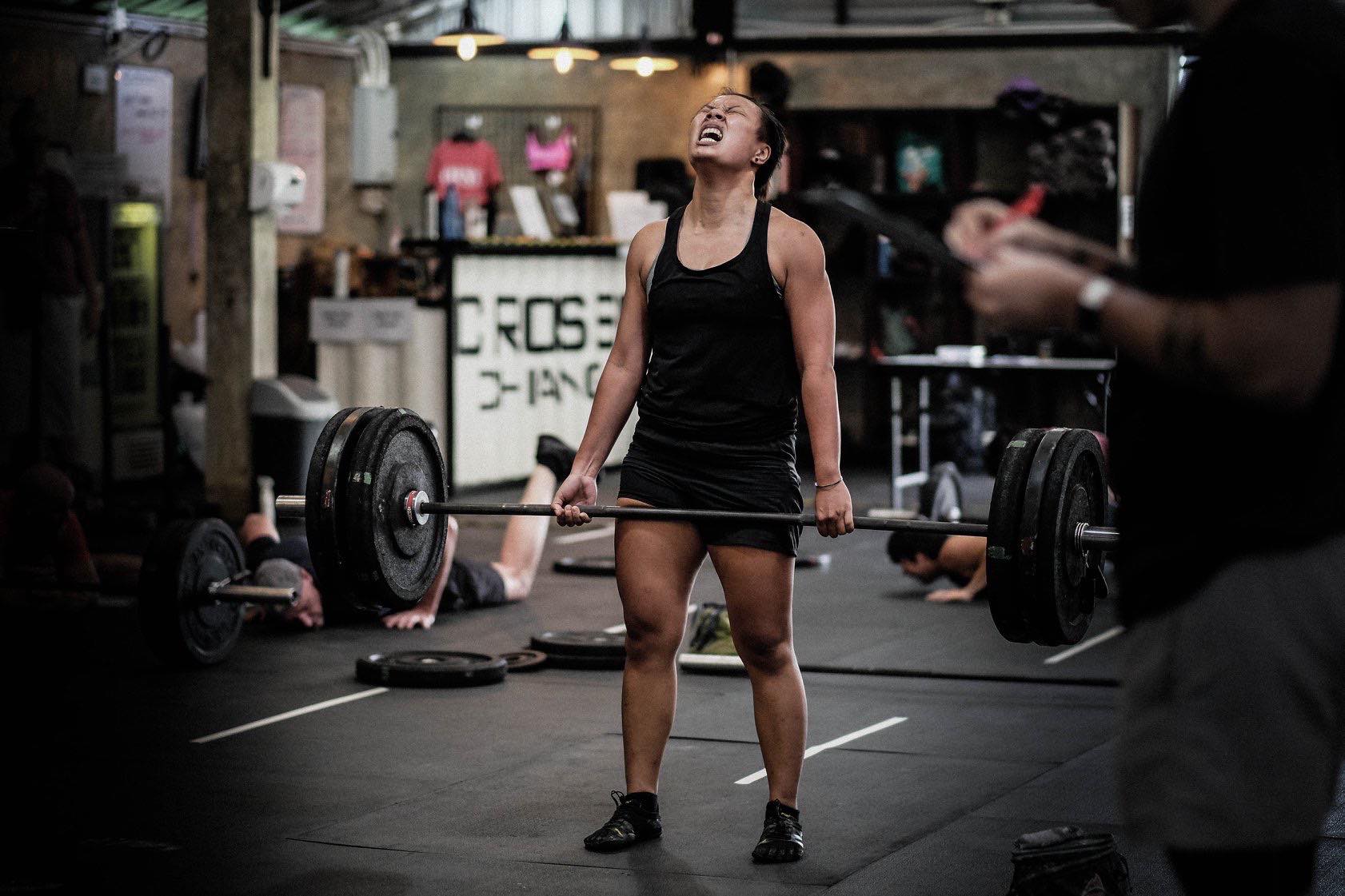 THE 5 Biggest Crimes That Could Be Destroying Your WOD

The “How To” on Handstand Push-ups For YOU

Why Your “Warm Up” Probably Sucks – The Missing Link