The Open is Over! What did you Learn?

When trying to understand what CrossFit really is I ran into this definition: “CrossFit is a lifestyle characterized by safe, effective exercise and sound nutrition. CrossFit can be used to accomplish any goal, from improved health to weight loss to better performance. The program works for everyone—people who are just starting out and people who have trained for years” (CrossFit, 2019). For me, the most interesting parts of this definition were ‘lifestyle’ and ‘works for everyone’. This would mean that regardless of how fit you are (or in my case how clumsy and afraid of lifting weights), anyone could adhere this program and improve their health and fitness. Based on the fact that there are now more than 15,500 CrossFit facilities in 162 countries. It seems that this is true!

These concepts of lifestyle and inclusivity help us understand why the CrossFit Open is such a popular annual event in the CrossFit community. The Open showcases the heart of CrossFit as communities worldwide unite with a common goal: to challenge themselves in a test of fitness. Doesn’t that sound powerful?

WHAT IS CROSSFIT OPEN?

“The Open” was introduced in 2011 and, as the name implies, participation is open to everyone older than 14 years of age. The competition is held over five weeks and on each Thursday night (Pacific Time), a new workout is released. Athletes have to perform the workout in the presence of a judge and in a CrossFit affiliate to guarantee that the standards have been followed (videos also work, but must follow certain regulations to make it valid). Athletes submit their scores online by Monday evening and the leaderboard is updated so that athletes can check their position in their gym, state, country, or even worldwide! At the end of these 5 weeks, the top athlete from each country and the top 20 overall Open finishers qualify directly to the CrossFit Games where they will compete to gain the title of the “Fittest on Earth”.

LET’S BREAK IT DOWN THE 2020 CROSSFIT OPEN

The tenth year of the CrossFit Open wrapped-up last week. The verification process is still pending and will take until December 16th for CrossFit to finalize the recorded submissions before announcing the athletes who will be invited to participate in the Games. This announcement is expected no later than January 6th, 2020. The invitation will be addressed to the top 20 and all national champions of each country that participated this year. While we wait for the final results here’s a summary of the 2020 CrossFit Open.

There are 5 movements that have shown up in every single CrossFit Open since the beginning: Double Unders, Toes to Bar, Thrusters, and a Muscle Up variation (bar or ring). The 2020 Open was no exception but this time we had some exciting differences worth mentioning:

So, why the decline in participation?

While there is no clear reason for the drop in numbers, it is not believed to be a decline in enthusiasm. Athletes seem just as interested and excited for the CrossFit Open this season, as they were during the last one. The live announcement for 20.1 did around half a million streams of Rogue’s official broadcast. We think that the reason behind the lower numbers of registered athletes at the 2020 CrossFit Open is related to the time in which it took place. Do you remember that the 2019 CrossFit Games happened in August? Not that long ago! Just two months later we had the announcement of the first 2020 CrossFit Open workout. This is the shortest turnaround time seen so far and it could be translated into little time to recover for the athletes. This was the first time the Open took place in October, as opposed to Feb/March.

Now let’s take a quick look to the women’s leaderboard for this season, I’m pretty sure you will find your favorite strong ladies on this list.

Sara Sigmundsdottir is riding high on the leaderboard once again. Fortunately for her, an injury in 2018 seems to be a thing of the past. Did you know that she is the first woman to win the Open three times?

One of my favorite women in this season is Kara Saunders, she is four and half months postpartum and has clearly announced her comeback by finishing 11th; and baby, she was rocking! She logged an impressive 8:58 for 20.1, good enough for a start! Do you know that she could be the first mother to make the podium at the Games since 2013?

WHY YOU SHOULD JOIN 2021 CROSSFIT OPEN

Here are some lessons that our members learned during the CrossFit Open:

We can all probably remember our first experience trying out a CrossFit workout. It was likely a very humbling experience. But what about your first time doing the Open, a worldwide competition!? What about the feeling of trying that tough movement you have been avoiding in class because you think you are not capable of doing it? I personally remember the Open 19.5 workout. I was so nervous because I wasn’t sure I could do it. I was so scared of hurting myself but mostly of embarrassing myself!. But, after performing my first Chest to Bar Pull-up and hearing my community cheer and yell my name, I learned that fear is a choice.

At Barbell Beauties, we are so glad to read that a lot of the member’s answers about what they learned in this Open pointed out in the same direction, to not let that fear overcome you and have a negative impact on your performance and enjoyment of the experience.

Even though scaled is an option, at times I did not push myself because I always did the portions I could do. During the open, I did my first full WOD with knees to chest and another with pushup hand release never on my knees. I also accomplished my first ever chin to bar!

Another valuable lesson we all can take away from the Open is to get your mind as mentally prepared as it can be. Whether you were Rx or scaling the workouts or it was your first time ever competing, it is absolutely important to learn how to build an unstoppable mental attitude in order to achieve your goals. As CrossFitters, we know that a crucial element in our performance is the ability to push ourselves beyond what seems possible, not to give up. There is research tells us that the body can carry on long after the mind is telling us to give up. Marcora (2008) in his article suggested that fatigue, and the role it plays in endurance sports, might be significantly in your head.

I learned that most of my limitations are in my head. I was able to do much more than I originally thought. The workouts were tough and I was able to RX two of the five workouts. I am super thrilled with my overall performance. I know what I need to work on moving forward. It was a great experience! –

I learned that I can do anything I set my mind to. I can push past the point where my body says to stop. My mind pushes me further. I can do hard things. I have struggled with depression and body image dysmorphia for years and this open has completely changed how I view my mind and body.

While one overall purpose of the CrossFit Open is to find the fittest athletes in each region to move on to the Crossfit Games, the true purpose is to provide a platform and an opportunity to compete, regardless of your level or the time that you have been training. The Open is absolutely your best opportunity to get a taste of what it’s like to be judged and compete in a CrossFit event. While you probably won’t make it to the Games, the excitement of doing the same workout as Games athletes is a really fun element to add to your weekly fitness routine. Also, by participating in this competition, you can add meaning and purpose to your training while also bringing your gym’s community closer together. Based on our experience, the Open is the time of year where we see many people achieve important firsts: weightlifting records, muscle-ups, toes-to-bars, handstand push-ups, double-unders, etc. More important than the individual movements is the feeling of accomplishment after having given it your everything. Sometimes all it takes is a little competition to really bring out the best in you. It can be easy to lose motivation if you never push beyond what your think you can do. The Open is your chance to prove to yourself that you can break down those mental and physical barriers. See you in 2021!

Another interesting part of the Open is that you can have access to relevant data on your performance which can be a guide for setting realistic goals for the following year. But it can also be a harsh reality check if you’ve been moving quickly but not sticking to the standards. All those times you wrote Rx’d next to your name on the whiteboard, maybe it wasn’t the case. Perhaps your takeaway will be that you need to count your reps properly, give more value to perform a good technique than to speed and stick to standardized movements, or at the very least, achieve full range of motion on your reps! But hey, this is a process in our learning curve, remember that an increase in learning comes from greater experience; or how the more someone performs a task, the better they get at it. See you at box pretty ladies!

What Did You Learn in the 2020 CrossFit Open?

Giuliana works in social development and empowering women is one of her ultimate goals. She is passionate about health, fitness and traveling. She loves CrossFit because of the variety of the workouts and the community, but also does yoga and runs with her dog, Nazca. 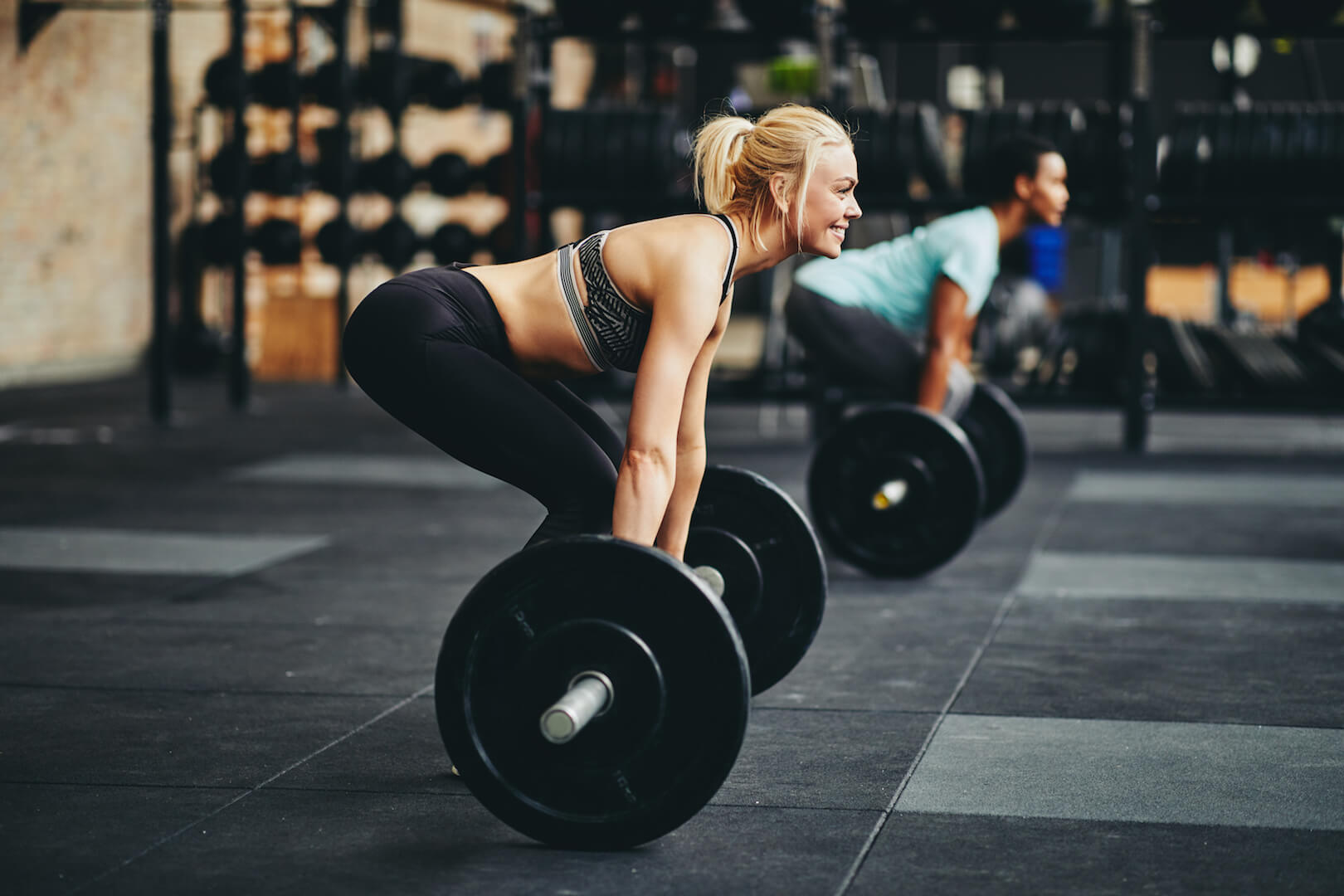 Take Time to Listen to Your Bodies 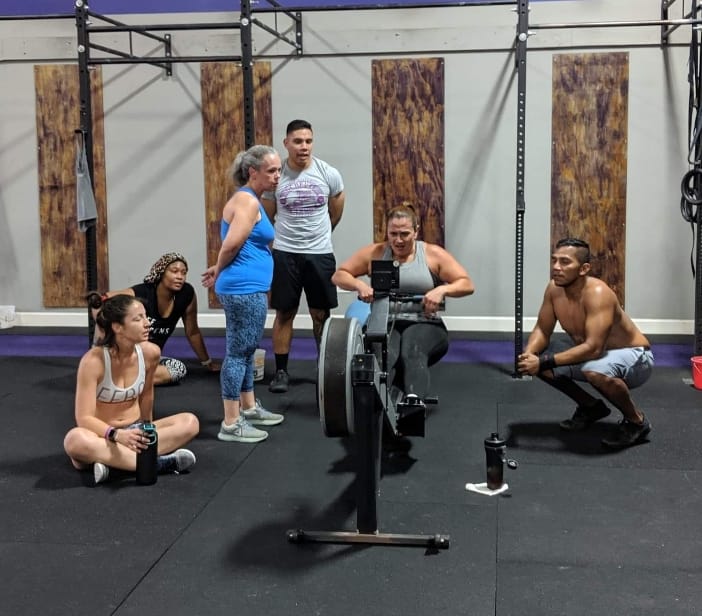 The 5 Reasons Why People are Obsessed with Working Out

How Exercise Helps Us Heal